New timeline for two-way, all-day GO approved by Metrolinx board 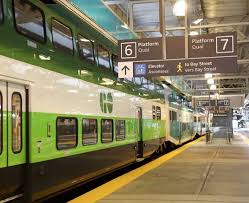 The board of Metrolinx has approved a new plan to bring two-way, all-day GO trains to Waterloo region by 2025.

That’s a year later than previous transportation minister Jeff Yurek said. In January of this year, Yurek said the goal was to have trains to Waterloo region in the morning and back and forth to Union Station all day by 2024.

“That’s our goal, that we will have that in place before 2024. Definitely,” Yurek said in January.

The new plan from Metrolinx, which would cost more than $1 billion and would see two trains per hour in weekday peak periods, running both ways between Kitchener and Union Station.

It would also include one train per hour in weekday off-peak periods, running both ways. And it would expand to weekend service, running one train every two hours, both ways.

In an email, Metrolinx spokesperson Nitish Bissonauth told CBC News the company is planning to introduce the first midday service between Kitchener and Toronto’s Union Station, as well as new late-night options, although a timeline was not provided.

Now, Metrolinx will work with the province and other partners to do a “more detailed level of analysis” and further refine the work that needs to be done.

The proposal also adds a station near Breslau, east of Kitchener. That station had previously been promised by the former Liberal provincial government in 2016.

The advocacy group Connect the Corridor —which is made up of business leaders in Waterloo region, Toronto and communities along the line — said it welcomes the new business case and timeline for two-way, all-day GO service.