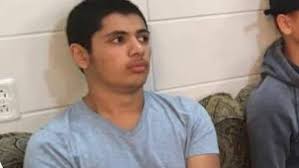 Jurors will hear closing arguments in the Dale Burningsky King second-degree murder trial in relation to the shooting death of Yosif Al-Hasnawi.

King, 21, has pleaded not guilty, and is at the tail end of a three-week superior court trial at Hamilton’s John Sopinka Courthouse.

King admits he shot Al-Hasnawi, a 19-year-old Brock University student, once in the abdomen after Al-Hasnawi thought he was harassing an older man and shouted at him. Al-Hasnawi was standing in front of a Main Street East mosque, where he’d just given a religious reading.

King and his friend James Matheson crossed the street to talk to Al-Hasnawi, and the tense conversation resulted in Matheson sucker-punching Al-Hasnawi in the head, the court has heard. Al-Hasnawi, despite seeing King’s gun, chased them.

King says he felt threatened by Al-Hasnawi and shot in self-defence.