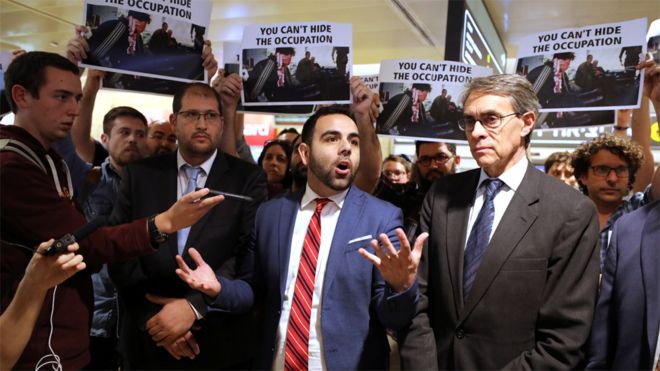 Human Rights Watch has accused the Israeli authorities of an “intensifying assault on human rights” following the deportation of one of its activists.

The interior ministry revoked the work permit of US citizen Omar Shakir last year under a law that bars foreigners who have supported boycotts of Israel.

HRW appealed, but the Supreme Court upheld the decision earlier this month.

Mr Shakir will continue as the group’s Israel and Palestine director but he will be based in neighbouring Jordan.

“Israel today joins the likes of Venezuela, Iran, and Egypt in barring Human Rights Watch researchers, but it, too, will not succeed in hiding its human rights abuses,” said Kenneth Roth, HRW’s executive director, who accompanied Mr Shakir as he flew out of Tel Aviv’s Ben Gurion airport on Monday.

“This decision shows why the international community must reboot its approach to Israel’s deteriorating human rights record. A government that expels a leading human rights investigator is not likely to stop its systematic oppression of Palestinians under occupation without much greater international pressure.”