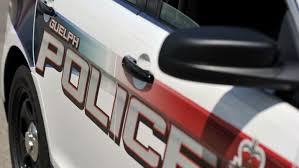 A woman ran from her home in Guelph coming downstairs to discover a man had tried to barricade the door and was in her living room holding a knife, police say.

Police in Guelph say the woman was in her home near College Avenue E. and Gordon Street.

Just after 2:30 p.m., she went down the stairs and she found a chair blocking her front door.

“The resident then saw an adult male standing in the corner of her living room holding a knife. The resident quickly ran out the back door,” police said.

Officers arrived and arrested a man after a brief foot chase.

Police say the man had two knives, two identity documents not belonging to him and “various pieces of stolen property.”